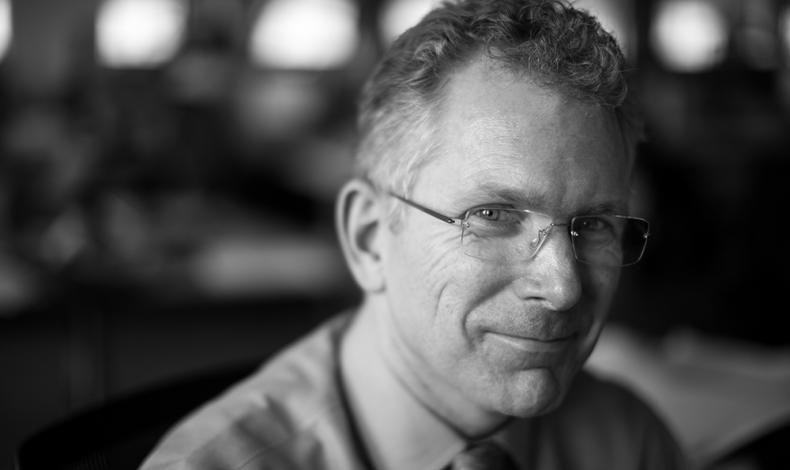 Peter Vieira (MArch‘96) says he made the gift out of respect for Wesley’s lifelong commitment to educating young architects, and he hopes it helps more students discover their own connection to the discipline.

Peter Vieira (MArch‘96) was a young architecture student spending a semester in Rome when one of his professors at the University of Notre Dame learned that he grew up in Philadelphia. The professor happened to be a friend of Richard Wesley, adjunct professor and chair of undergraduate architecture at the Weitzman School, who at the time was launching a small residential design practice. He suggested that Vieira pay Wesley a visit.

“I was soon his first employee,” Vieira says. “He soon became my mentor.”

In the ensuing years, Vieira would complete his bachelor’s degree at Notre Dame and do a four-year stint with the United States Navy, returning again and again to Wesley’s office on summer breaks and military leave. The influence of Wesley’s ideas and approach to design practice guided Vieira’s career, he says, from earning a Master of Architecture at Penn to a post as associate architect at KieranTimberlake to a career as principal with Payette Associates in Boston, where he has been since 2005. During the School’s Lead by Design campaign and in honor of their decades-long relationship, Vieira made a gift to establish the Richard Wesley Fellowship Fund at Weitzman. The endowed fellowship is designated to support a Master of Architecture student who also completed an undergraduate degree at Penn. Though Vieira didn’t study with Wesley formally, he wanted to support a fellowship for undergraduate students in honor of the influence that Wesley had on him during that formative era of his life.

“Richard made it possible for me to see how architectural practice could be as full of ideas as architectural education was,” Vieira says. “How construction is inseparable from theory. How the discipline of architectural drawing—so dear to me—could transcend mere representation.”

Vieira also taught courses in drawing and architectural design at the Weitzman School from 1998 to 2005. He says that Wesley helped him find his footing in professional practice, and showed him how to incorporate big ideas into the prosaic work of problem solving. Even though a lot of residential architecture work rests on addition or alterations, Wesley approached those projects with the goal not of simply connecting a new piece to an old piece, but of “completing” the original design in a new way, Vieira says.

“If my feelings of connectedness to architecture had been tenuous in past internships, that changed when I entered Richard’s studio,” Vieira says. “Suddenly, there was freedom to mention Borromini when planning a retail piano showroom, channel Wright while detailing a modest family room addition. Classicism could coexist comfortably with modernity.”

Covid pandemic,” Ntiriwaa-Berkoh says. “I was able to come back to the school and community that gave me my foundation in design and it put me in a better place to start the next step of my architectural journey, knowing I had people who cared.”

Vieira says he made the gift out of respect for Wesley’s lifelong commitment to educating young architects, and he hopes it helps more students discover their own connection to the discipline.

“We don’t talk about mentorship that much anymore, but he really became a mentor to me,” Vieira says. “I can’t point to too many people who’ve had a more significant influence on me.”

Viera hopes that others who were inspired or mentored by Wesley while at Penn will consider making a gift to the fund. To contribute to the Richard Wesley Fellowship Fund, visit the Penn Giving website. For information about how to make a multi-year commitment towards this fund, or to establish your own endowed fellowship fund, contact Jeff Snyder, assistant dean for development and alumni relations.